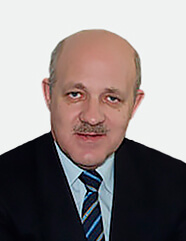 Independent member of the Board of Directors

Georgy G. Petrov was elected independent member of Mechel's Board of Directors in June 2017.

In the period from May 2016 until March 2021 he was served as advisor on international affairs for the president of Russia's Chamber of Commerce and Industry.

Prior to this, in 2002-2016 he was vice-president of Russia's Chamber of Commerce and Industry.

In 1998-2002, he worked as department director in Russia's foreign ministry and ambassador-at-large.

In 1979-1998 he worked in the Soviet foreign trade ministry and consequently the Russian foreign economic ties and trade ministry.