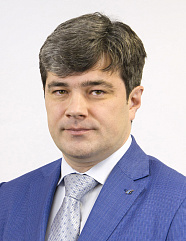 In 2013 to 2022, Mr. Lebedev served as Chief Executive Officer of Mecheltrans Management OOO.

In 2010-2011, he was director of auto transportation department at Mecheltrans OOO.

In 1998-2003, he was deputy director at UralPromSnab CJSC (production and sales of construction materials).

In 1993-1998, he was head of railroad transportation division at Eurasian Freight Company Transfero OJSC.

Mr. Lebedev graduated from the Izhevsk State Technical University with a degree in industrial management in 2001.