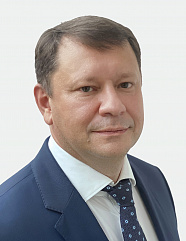 Prior to this appointment, in 2020-2021 he worked as a commercial director at Trading House Specstal.

In 2013-2017, he headed procurement department at Chelyabinsk Pipe Plant.

In 2008-2011, he was head of forging and pressing output sales department at Mechel Management Company’s steel division.

In 2003-2008, he was sales director at Chelyabinsk Metallurgical Plant.

Alexander Kolchin graduated the Academy of National Economy with a specialty in financial management.