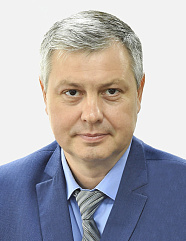 Alexey V. Fomenko has been Chief Executive Officer of Mechel-Energo OOO since July 2022

Prior to his appointment, Alexey Fomenko worked as chief executive officer of Elektroset AO since 2018.

In 2015-2018, he was director of Elektroset’s Chelyabinsk stand-alone subdivision.

In 2007-2008, he was shift manager of the electric shop at Chelyabinsk Metallurgical Plant’s thermal power plant.