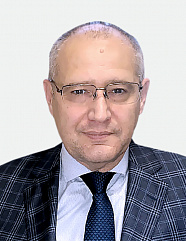 In 2016-2019, he was deputy technical director at Siberian Anthracite AO.

In 2010-2016, he was technical director at Mechel’s Yakutugol Holding Company.

In 1989-2010 he worked his way up from mine overseer to director of Yakutugol’s Neryungrinsky Open Pit.

He has been awarded with the Miner’s Glory honorary badge of all three degrees and the title of Honorary Miner of the Republic of Sakha (Yakutia). He has also received a certificate of merit from the Republic of Sakha (Yakutia)’s Science and professional education ministry for his contribution to scientific development and merit in scientific research.

Mr. Pasynich graduated Moscow Mining Institute with a specialty in technology and integrated mechanization of open mining of fossil resources. He holds the degree of Candidate of Technical Sciences.