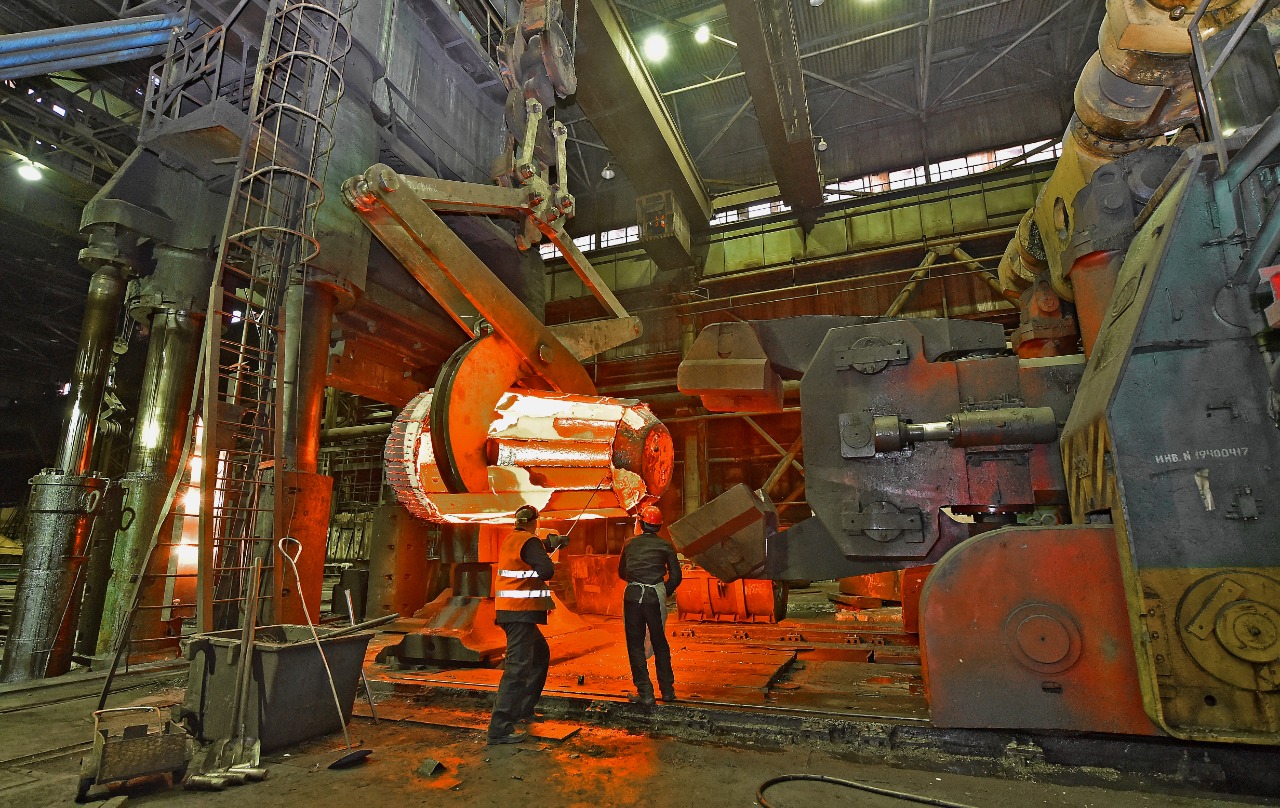 Chelyabinsk Metallurgical Plant’s electric furnace workshop produced the ingot. This workshop’s team has rich experience of working with bulk ingots as they produce 50- and 60-tonne ingots there twice a month. In order to produce the 80-tonne ingot, the workshop manufactured a special 60-tonne mold. It was then heated to a required temperature and filled with molten steel bottom-poured in.

As part of preparations for forging the 80-tonne ingot, Urals Stampings Plant’s team designed and manufactured automated tongs of increased lift capacity. The plant also upgraded its ingot heating furnace, whose internal space had to be bigger to accommodate an ingot of such size. After a full heating, the plant’s staff used a hydraulic press to forge the ingot. The press’s power is 6,300 tonnes per square meter. It generally takes four days to forge such an ingot, with the entire production process, from forging and heat treatment to final mechanical treatment, taking nearly a month.

“We have already mastered output of forgings from 50- and 60-tonne ingots. Now we managed to increase the forging’s weight even more dramatically. Only select few facilities can make forgings like that — it is imperative for the ingot not to cool too much while transported to the forging press. The proximity of Urals Stampings Plant’s facility to Chelyabinsk Metallurgical Plant enables us to do it properly,” Urals Stampings Plant’s Chief Operational Officer Daniil Mergenyov noted.