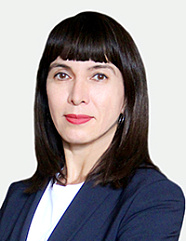 Nelli R. Galeeva has been Mechel PAO’s Deputy Chief Executive Officer for Economics and Finance since September 2020. She was elected member of the Board of Directors in June 2022.